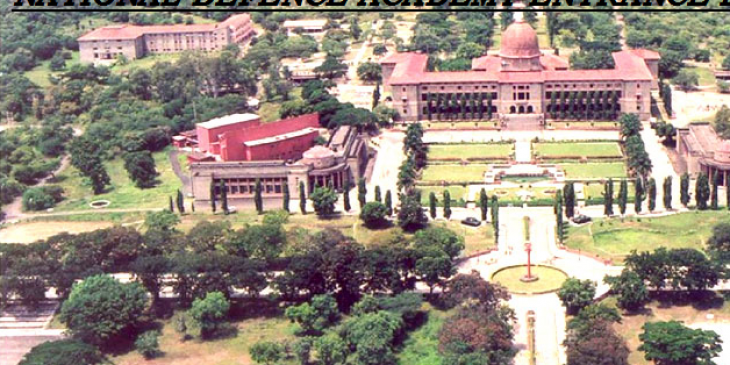 The NATIONAL DEFENSE ACADEMY Entrance Exams are conducted by the UPSC. The NDA Examination are conducted twice in year. Selections are by the method of written examinations and personal interviews. In Examination generally they asks for the following test:

ADMISSION PROCESS FOR THE NDA

NDA has total 375 posts.  There are various admission process done by the NDA which are following:

In undergraduate programme TWO streams included which is science and arts. The eligible students have to complete the B.Sc.  and B.A. In B.Sc. subjects includes the Chemistry, Mathematics, Computer Science, Physics. B.A programme includes subjects like Economics, Political Science, History, Geography and Language.

General Studies includes the many subjects like, Geopolitics, Law in criminals, Environmental Science and Human rights.

CRITERIA FOR ELIGIBILITY FOR THE NDA ENTRANCE EXAM (II)2016

NOTE : THE APPLICANT HAS A CHOICE TO WRIGHT IN ENGLISH AS WELL AS HINDI. THE DECLARATION OF RESULTS WILL BE ON NOVEMBER, 2016.

HOW TO APPLY FOR THE NDA EXAMINATION

NOTE : IN CASE OF ANY GUIDENCE / CLARIFICATION/ QUIERIES ABOUT THEIR REGISTRATION THE APPLICANT CALL ON BELOW NUMBERS :

PATTERN OF MARKS AND EXAMS PAPER